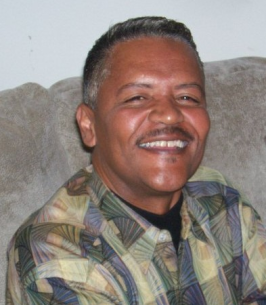 Fred Shenn Clark, 69, of Battle Creek, went home to be with the Lord on Monday, May 30, 2022. He was born April 14, 1953 in Battle Creek, MI the son of Chester Eurel Clark, Sr. and Freddie Mae (Foreman) Clark. He graduated from B.C Central High School in 1971 and was a lifelong resident of Battle Creek.

Fred retired from the City of Battle Creek in 2012 and also owned and operated a part time Lawn Care Service in Battle Creek. He met and married Teresa Roberson in 1976 and to that union he had two daughters, Aneitra Vance and Monica Clark.

Fred was a faithful member of Maranatha Original Church of God and served on the Usher Board (while in attendance). He enjoyed working and volunteering in church (while in attendance), family gatherings, landscaping, and playing tennis and cards. Fred had a love for classic cars and music.

He was preceded in death by his parents and brothers: Jerome Clark and Chester Clark, Jr.

Funeral services will be held Wednesday, June 8, 2022 at 12:30 PM at the Maranatha Original Church of God with Pastor Geraldine T. Richardson officiating. Burial will be at the Oak Hill Cemetery in Battle Creek, MI. Memorial tributes may be made to Maranatha Original Church of God. Arrangements by the Bachman Hebble Funeral Service. (269)965-5145 www.bachmanhebble.com

All rights reserved. This obituary is also archived at obittree.com