To share your memory on the wall of Bernard Larson , sign in using one of the following options:

Bernie was raised in Moorhead, MN and was united in marriage to Joan (Erdahl) on June 27th, 1964 and they spent 56 wonderful years together. Bernie graduated from Moorhead State University in 1965 with a BA in Education. They moved to Battle Creek in 1965 to begin his career at Pennfield Schools. He loved working for Pennfield Schools as the highly regarded Athletic Director for over 29 years. His passion for Pennfield Athletics was second to none. Bernie was also a proud member of St. Paul’s Evangelical Lutheran Church. He was an Elder, Deacon, and Adult Bible Study teacher at St. Paul’s.

Bernie was also very involved in the community through athletics and other activities. Bernie was a part of numerous clubs and organizations, some include the Pennfield Lions Club as a Charter Member, American Amateur Baseball Congress (AABC), Michigan High School Athletic Association (MHSAA), Michigan Interscholastic Athletic Administrators Association (MIAAA), The Michigan Sports Sages, Fellowship of Christian Athletes, and Battle Creek Community Prayer Breakfast Committee member. Bernie was a well-known community supporter and a distinguished Chaplain for the semi-pro and minor league teams in town.

He was an avid golfer and took pride being a high school golf coach and a Ranger/Starter for multiple golf courses in the Greater Battle Creek Area. Bernie enjoyed spending time in the Word, studying bible verses. His family, grandchildren, and friends meant the world to him.

He was preceded in death by his parents, his brother, Keith Larson, and step-father, Ingvald Bakken.
A celebration of life service is being planned for the weekend of May 15, 2021 (location TBD). Details will be forthcoming. Bernie’s remains will be buried at a family cemetery located in Audubon, MN.

In Lieu of Flowers, Memorial tributes may be made to the Pennfield Retired School Personnel by contacting the Battle Creek Community Foundation for more details.

Print
Services will be held at a later date.

We encourage you to share your most beloved memories of Bernard here, so that the family and other loved ones can always see it. You can upload cherished photographs, or share your favorite stories, and can even comment on those shared by others.

Posted Apr 07, 2021 at 12:52pm
It is always sad to say goodbye to a friend and family member. Losing my brother and brother in Christ, hit hard, although we knew that God was preparing to take him home. With that knowledge, we are reassured that Bernie is no longer struggling with this life, but is now in the hands of Christ, pain free and walking again with those who proceeded him and surrounded by the peace of our God almighty. His faith was strong and he gave all he could to follow in the path of Christ, serving and loving others as Christ directed. God bless his memory, and may the peace that passes all understanding give his family the comfort and understand of God's great plan.
Comment Share
Share via:
EO

Posted Mar 30, 2021 at 08:59am
Our sympathy to Joanie and the boys on Bernie's passing .Our connection with Bernie and his family was through St Paul Lutheran Church over many years .Knowing Bernie was knowing that he was a modern day evangelist spreading the love of Jesus Christ through the medium he excelled at SPORTS . May he rest in heaven .
Ed & Marlene Oesterreich
Comment Share
Share via:
MC

Posted Mar 22, 2021 at 03:37pm
We are very saddened to hear of Bernie's passing, but we know he was greeted by God with open arms.
We were blessed to know such a faithful servant of the Lord through St Paul Lutheran.
Our comforting prayers go out to the family.
Friends in Christ, Faye and Gary Schluckbier
Comment Share
Share via:
TD

Posted Mar 18, 2021 at 07:06pm
Bernie had the hugest heart and dedication to his faith and service to others. We will miss him dearly. Sam and Teresa Durham.
Comment Share
Share via: 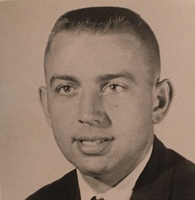 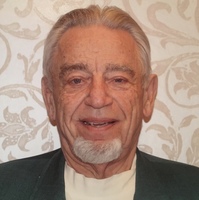