To share your memory on the wall of Michael Roberts, sign in using one of the following options:

Consider providing a gift of comfort for the family of Michael Roberts by sending flowers.

We encourage you to share your most beloved memories of Michael here, so that the family and other loved ones can always see it. You can upload cherished photographs, or share your favorite stories, and can even comment on those shared by others.

Posted Jan 12, 2021 at 05:43pm
Mike....you will be greatly missed. You have been a wonderful friend for many years. Our trip to Hawaii was a highlight of my life and I will never forget the fun we had. Our children grew up together and your daughters could easily have been my own. You are now with your beloved wife and parents, catching up on all things. I pray for peace in the hearts of your remaining family on this earth and look forward to when we will all be together again in God's kingdom. Say "hi" to Mary for me! Love you! Sally Teixeira.
Comment Share
Share via: 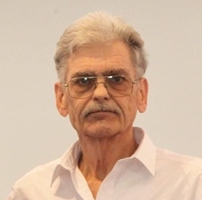