To share your memory on the wall of James Demarest, sign in using one of the following options:

Jim was born June 8, 1958 to William and A. Lugene Demarest in Battle Creek, Michigan. On August 26, 1978, he married Denise M. Sygnecki. They have two children Christopher “CJ” Demarest (Emily Plodzik), and Stephanie Cornish (Zack Cornish), both of Battle Creek. He was proceeded in death by his father, William, in 1986. He is survived by his mother, his wife, two children, three grandchildren Emily, Austin and Anthony Demarest (all of Battle Creek), a brother (Thomas and Ann Demarest of North Carolina), and several special nieces and nephews.

Jim graduated from Springfield High School in 1976, and attended both Kellogg Community College and Kalamazoo Valley Community College’s Police Academy, studying Law Enforcement and he obtained a Certificate of Training from the State of Michigan Law Enforcement Officers Training Council in 1978. He then attended the National Fire Academy. He served as a Bedford Township police officer and firefighter from 1977-1985 and as Emmett Township Firefighter.

It is safe to say that Jim left a lasting impression on anyone who met him. He was a lifelong Battle Creek area resident. He took pride in his community and was active in many organizations over the years.

Following in his Father’s footsteps, Jim has proudly served as a Director on the Board of Directors for Kellogg Community Credit Union from 1987 until his death.

He was co-founder of the Springfield High School Alumni Association and planned many alumni events, keeping the history of Springfield alive over the years. He was inducted into the Battle Creek Central High School Hall of Fame, which recognized his work with Springfield Alumni Association and outstanding achievements and contributions to the community, and the Battle Creek Amateur Baseball Wall of Fame recognizing his high school, KCC, and years spent playing baseball and his accomplishments.

Jim was also instrumental in securing a multi-year agreement with the National Amateur Baseball Federation and the South Michigan Amateur Baseball Association to host the NABF World Series in Battle Creek for the last several years.

Jim believed in his community and served the Columbia Ave Business Association, presenting many programs to service groups about the importance of keeping things local.

While his kids were growing up, he was a true Harper Creek Band Dad at heart, there for every performance and making sure all of the band equipment and supplies were safely transported and ready for performances. He never missed a performance, even if it meant listening to a recorded band concert on an old-fashioned tape recorder due to concerts often falling on Township Board Meeting nights. He was also a coach for many of his kids’ sports teams over the years. The last several years he has also been a Girl Scout “grandpa” to Girl Scout Troop 80268, led by his wife, working many booth sales, and other projects with the troop.

He has been active with the Harper Creek Optimist Club for many years, spending over 25 years serving as co-chairman of the annual Christmas Parade committee, and as the Overall Parade Coordinator. He loved parade season, the planning, organizing and seeing it all come together on Parade night.

There is no doubt that Jim will be remembered and missed by many and has left a lasting impact on all who knew him.

Besides his family and community, Jim was a fan of the Detroit Tigers, Michigan State, WWII history, and the many summers he and his wife have spent at Waffle Farm Campground. Jim and Denise also opened their home to several exchange students throughout the years.

A socially-distanced, walk-through visitation will be held on Saturday, January 9, 2020 at Bachman Hebble Funeral Home from 2 p.m. – 5:30 p.m. Staff will be taking steps to ensure everyone’s safety, and masks are required. A private family burial will be held at a later date.

The family is planning an outdoor Celebration of Life to honor the legacy Jim leaves behind, with details to be announced at a later date.

Print
No formal funeral service is planned at this time.

Consider providing a gift of comfort for the family of James Demarest by sending flowers.

Please accept my deepest condolences on the loss of Jim. I was away over the long weekend and just saw Thursday's BC Enquirer with the notice of his death, and I truly gasped, not knowing of his health issues. All of us associated with the Battle Creek Area Transportation Study were privileged to have Jim participate in our organization during his time as Emmett Township Supervisor and, for most of that time, as chairperson of our Policy Committee. He was always upbeat and interested in the work of BCATS and we were sorry to see him move on to new challenges when he did not run for office again. Reading the obituary, it is obvious that Jim was a treasure to his family and to the community. He will be dearly missed by all.

We are sorry to hear of your loss. Jim was a very good person who did a lot for others and the broader community. We are keeping you in our thoughts and prayers.

Posted Jan 04, 2021 at 11:31am
CJ and Family, Our deepest sympathies on the loss of your father. May all the best memories live on forever in your hearts, laughter and smiles.

Posted Jan 03, 2021 at 09:50am
Our hearts are so very heavy with sadness at Jim's passing. Having known him for over 40 years and seeing what a selfless person he was made us so fortunate to count him as a friend. Jim had such a generous spirit and a generous heart. He will be sorely missed but we will always remember him. Thank you, God for allowing Jim to be in our lives. Please take care of his Mom, his wife, children and grandchildren , Ron & Joan Tuttle
Comment Share
Share via: 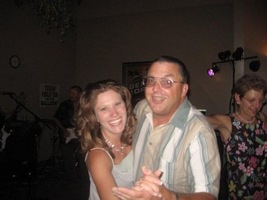 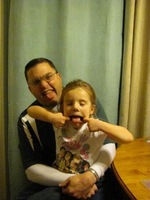