To share your memory on the wall of Deryck \"Lee\" Wilson, Sr., sign in using one of the following options:

Provide comfort for the family by sending flowers or planting a tree in memory of Deryck "Lee" Wilson, Sr.

Provide comfort for the family by sending flowers or planting a tree in memory of Deryck "Lee" Wilson, Sr.

Lee graduated from Battle Creek Central High School in 1945. He was drafted and proudly served in the US Army during World War II. Following his discharge, Lee owned and operated his own business, Wilson Painting and Drywall, for many years. In 1978, Lee went to work for Community Hospital as a painter where he was known by everyone for his ready wit, friendliness, and excellent workmanship. Following the merger of Community Hospital with Battle Creek Health System, Lee was honored as their first named Employee of the Year. Lee retired in 1995, and together with his wife, Joyce, made a second home in Harlingen, Texas, where they spent the winter and early spring months.

Travel was a fun part of Lee’s life. He and his wife traveled extensively throughout the US, spent time touring parts of Europe, time with their son in Italy, and visited family in England and Wales. Over the years, Lee shared the adventures of camping with his children, grandchildren, and great grandchildren. No camping trip with dad or grandpa was complete without a travel catastrophe, and it was often said that a camping trip to Kalamazoo would take 3 days to get there!

Lee’s great passions in life were his Lord and Savior, his family, his work, and Christian music. He shared his musical talent throughout his life playing piano, directing various choirs, performing as a solo singer, and blending his voice in Christmas cantata’s. His children share the memory of falling asleep on Friday night to the sound of dad playing hymns on his piano, and both of his daughters were honored to have their dad sing at their wedding. In retirement, Lee enjoyed singing with the Texas Tenors and taking day trips to Mexico. He was a member of the Senior Ambassadors men’s chorus and traveled throughout the Rio Grande Valley of Texas entertaining seniors in retirement parks and raising funds to support the children’s orphanages of south Texas.

Lee’s church was very important to him. He was a member of the Urbandale Seventh-Day Adventist Church for over 75 years and attended the Battle Creek SDA Tabernacle for many years as well.

The family of Lee Wilson wishes to thank the staff of Heritage Assisted Living for the love and compassion demonstrated to him over the past six years that ensured Lee lived his best life!

Private family services have been held. Memorial donations may be made to Elara Hospice.
Arrangements by Bachman Hebble Funeral Service (269) 965-5145 wwwbachmanhebble.com
Read Less

Consider providing a gift of comfort for the family of Deryck "Lee" Wilson, Sr. by sending flowers.

We encourage you to share your most beloved memories of Deryck "Lee" here, so that the family and other loved ones can always see it. You can upload cherished photographs, or share your favorite stories, and can even comment on those shared by others.

Posted Dec 28, 2020 at 11:17am
I only knew Mr. Wilson as Lee's dad way back in the 1960's. Lee and my husband were good friends. When I found out I was pregnant in 1966, Lee was the first person we told. After his tragic, untimely death just weeks later, we decided if we had a boy, we would name him Brian, after Lee's little brother whom he loved dearly. Today my son is 53 years old and knows the story behind his name. I'm sorry for the hole in the heart of his 2 daughters, and Brian. Praise God for the blessed hope we have of spending eternity with our family and friends.
Comment Share
Share via:
CE

Posted Dec 24, 2020 at 05:54pm
Wendi and family - so very sorry to hear about your Dad today. He was a wonderful man and always enjoyed talking with him at the hospital. Such an awesome life he lived. Many blessings to you all and may he rest in Heavenly peace.
Comment Share
Share via:
MC

Our deepest condolences to the family of Mr Wilson. He was polite humble & will be greatly missed . He served our Lord so well Mohinder & Glennda Chawdhry 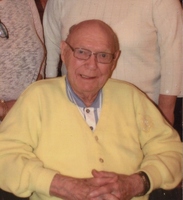 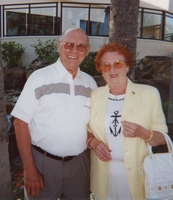 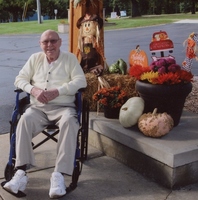